Billy has been in the restaurant business during his entire career as a waiter, kitchen supervisor, butcher, prep cook, bartender, beverage director and assistant manager. He’s worked at several establishments in the area including Texas Roadhouse, Shorty’s Mexican Roadhouse and River Road Tavern. He grew up in Pelham and attended UNH, where he studied communications. Billy moved to Manchester in 2010 and calls it home. He looks forward to using his education and service industry experience in his new role to help share the story of Diz’s with new and repeat customers.

Why Manchester?
I enjoy living in Manchester because it has the feel of a large city without any of the hassle. There is a growing sense of community downtown with many interesting and creative people. I also love that Manchester is centrally located between the mountains (I love nature) and the beach (I love to sun and swim!).

What’s your favorite place in the Queen City?
My favorite place in Manchester is probably The Millyard. I am drawn to the history and architecture of the Industrial Revolution, and how beautifully that area of the city has been restored. If you stop and take a breath and look around, you can really find yourself being transported to another time period.

What’s your favorite Manchester memory?
It was the first Fourth of July I lived in Manchester when I watched the fireworks from near the Amoskeag Bridge. I was young and in love, and they were so beautiful above the city skyline.

Why are you psyched about Diz’s?
Owner, operator and chef, Diz is a man for whom I have had a tremendous amount of respect for many years, and I am excited to be along to help him fulfill his lifelong dream of owning and operating his own restaurant – Diz’s. We are thrilled to be providing something different for the families that work, live and visit downtown that features a culture that values a “guest first” mentality. 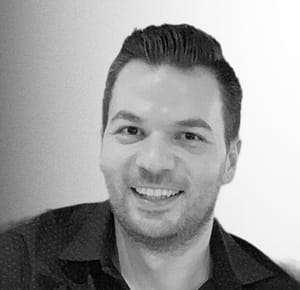