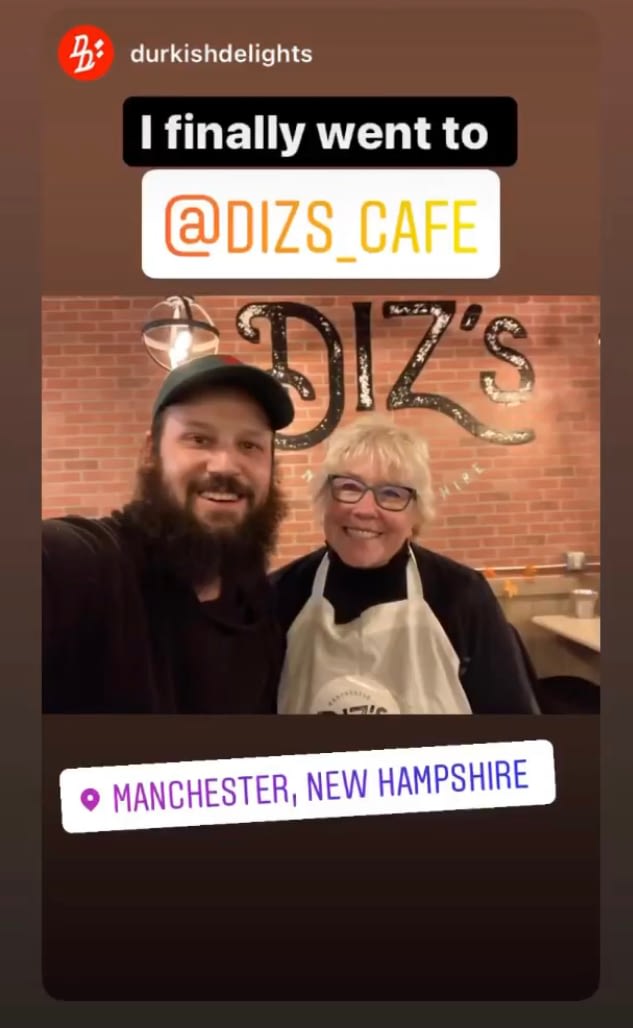 Here’s the unlikely story of how Diz’s Cafe reunited me with an old friend I thought I would never see again.

Way back in 2008 before all of us had smart phones and social media I was friends with this girl. We worked together for one summer and became buddies. She was my only work friend who I hung out with outside of work.

At the end of the summer I moved abroad and was gone for about four years before returning to the United States with a wife and children.

In that time we never stayed in contact except for a few emails at the very beginning and then life kind of moved on. It happens.

Every few years I would think of my friend and try to find her online but I never could. Until I took my boys to Diz’s.

I had been talking through Instagram with Diz’s wife Judi since they opened. I was always impressed by their resilience during Covid and their ability to bring home style comfort food to their community. It’s beautiful really.

I live about an hour away from Manchester so I’m usually not in the area. But one day I happened to bring my two boys into the city on a job with me and we needed food before we drove home.

So we went to Diz’s. It was our first time and while we were waiting for our food Judi came over and we both immediately recognized each other! We chatted until our food came over and when we finished I asked if I could take a photo with her. After all, I was a little starstruck!

She posted the photo on Instagram and guess who saw it? My long lost friend from a past life! And she messaged me!

Suddenly I was sitting at a diner with my dear old friend catching up on over a decade of memories. It was a truly magical moment. We laughed. We told stories. It was almost like no time had passed.

This is exactly what Diz’s Cafe is all about: bringing their community together. Thank you, Judi, for reuniting my friend and I. And thank you for being a beacon of positivity in this crazy world. 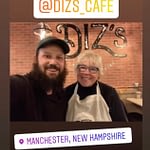